With the coronavirus outbreak dominating headlines, many have been distracted from the impending Brexit deadline. The United Kingdom is still on track to end the transition period on 31 December 2020 which will formally break all ties with the European Union. The impact on the housing market remains to be seen. However, there will be some key changes to UK law at the end of the transition period.

Contents show
1 Changes to interest rates
2 How does the base rate help the economy?
3 Will property law change after Brexit?
4 Will property prices fall after Brexit?
5 Will mortgages for the self employed be easier to obtain?
6 The end of mortgage prisoners
7 Who will win in the post-Brexit property market?

When the base rate falls, banks will typically drop their interest rates, but they are not obliged to. If interest rates increase, this could affect all mortgages except for fixed rates mortgages. Borrowers may wish to switch to a fixed-rate mortgage to ensure some stability, but this could prove counterproductive if interest rates are slashed to help stimulate the economy.

How does the base rate help the economy?

Will property law change after Brexit?

There are no plans to make any changes to the law following Brexit. The process of buying and selling a home will stay the same. The only thing that could change is the opportunities for British people to buy property in Europe.

Each country in Europe will be free to set their own rules for how to handle buyers from the UK. One likely thing is that it will become a lot more costly to purchase property in Europe and mortgage options may become more scarce.

Will property prices fall after Brexit?

There have been warnings that property prices could fall after Brexit. Some have warned that prices could fall as much as 30%. This could be a disaster for some homeowners as they could be left with negative equity. This happens when house prices fall and the mortgage value is then less than the home is worth. In this situation, the homeowner is unable to sell the home without owing the bank more money.

Will mortgages for the self employed be easier to obtain?

There is no word yet on changes to mortgage requirements for the self employed. At the moment, many self employed individuals find it difficult to obtain mortgages. But with the self-employed sector growing every year, there are calls on the government to do more to support this core group of workers.

At the moment, the self-employed typically require at least 3 years of accounts to prove their income. Mortgages for self employed with 1 years accounts are very hard to access and borrowers typically have to jump through a lot more hoops than most individuals. There are hopes that this could be made easier after Brexit.

The end of mortgage prisoners

One thing that is certain to change when the UK leaves the EU is the end of The Mortgage Credit Directive. This affected hundreds of thousands of people and left them unable to take control of their mortgage.

Mortgage prisoners are people who took out a mortgage before the financial crash and were subsequently denied the chance to remortgage as a result of this directive. Since these people didn’t meet the new criteria, they were unable to remortgage their properties and were left paying more than they needed to.

Who will win in the post-Brexit property market?

Those who are financially stable may be able to snap up cheap property following the end of the Brexit transition period. And those who already own their own home could save money by switching to a low fixed-rate mortgage in the wake of the Brexit deadline.

At the moment, it’s unclear if the 31 January 2020 will be observed, as the world is occupied with fighting the spread of the coronavirus. 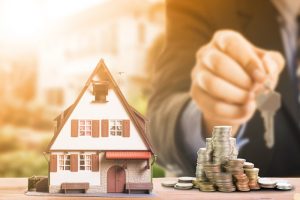 20 questions. How do mortgages work?